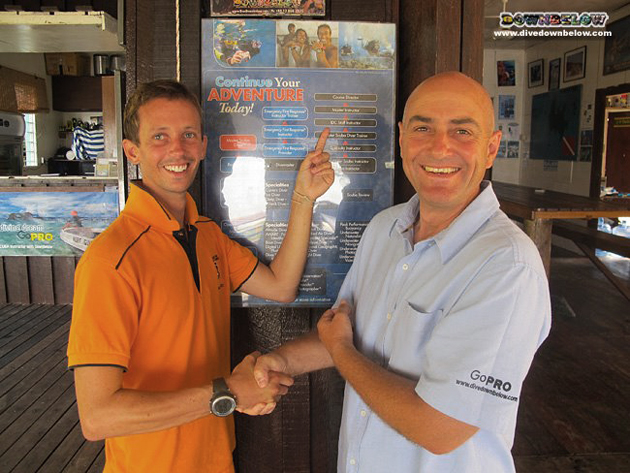 “Well done to Paul”, said Richard, “his new skills will be a great addition to Downbelow’s Go Pro Team.”

Paul has had a long journey with Downbelow over the last year.

He joined us, already a Divemaster, in June 2011 for a 4 month IDC internship. He quickly became part of the furniture and it was hard to imagine the Gaya Island dive centre without him.

At the end of his successful internship he left KK to go back to England and some of us thought that was the last we’d see of Paul.

But Sabah and Borneo has that strange magnetism that is too strong to resist for some people.

So what’s next? Well, teaching students and teaching instructors, of course, with one eye on PADI Course Director no doubt.