Rehabilitating Orang Utans for Release Back to the Jungle

The Sepilok Orang Utan Rehabilitation Centre program can be done as either a full or half day trip from Kota Kinabalu, or as part of any one of our Wildlife Adventure Programs.

Meet upon arrival at the Sandakan airport and proceed on the 30 minute drive to Sepilok Orang Utan Rehabilitation Centre.

This is where orphaned and injured orang utans are brought to be nurtured and prepared for their return to the jungle. 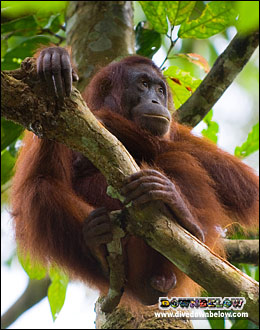 Witness the orang utans coming from the jungle to feed on a special platform filled with nutritional, but – from an orang utans point of view – bland food.

It’s specifically designed to encourage them to find more interesting food in the surrounding jungle.

You will also get to watch a documentary at the Sepilok Information building that highlights the plight of the orang utan and the rehabilitation process.

Proceed to the Rainforest Discovery Centre where a myriad of plants, trees, birds and insects can been seen.

Next it’s on to the English Tea House for lunch. 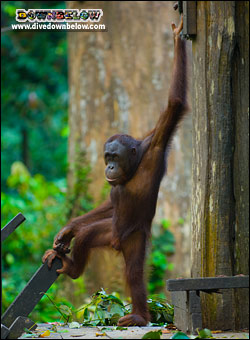 With enveloping greenery and cool breezes, you can enjoy lunch with spectacular views of the town and Sandakan Bay from atop the hill where the English Tea House is located.

The half day program end here with a drop off at the Sandakan airport around noon.

It excludes the Rainforest Discovery Centre, but includes a Sandakan Memorial Park visit.

The full day program continued with a drive up to Puh Jih Sih, a Chinese temple situated on another hilltop with commandng views of Sandakan Bay.

Built in 1987, this ornate temple is emblazoned with red, gold, writhing dragons and a gold gilded Buddha.

It is said that the temple protects and brings prosperity to the Sandakan community. 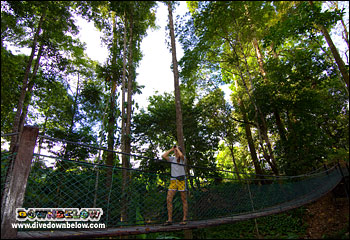 From Puh Jih Sih temple you then continue to Sandakan Memorial Park, which is located in the suburb of Taman Rimba.

It’s the site of the notorious WWII prisoner-of-war camp and is about 11km outside Sandakan.

The park, which includes a small museum, is a memorial to the thousands of Australian, British and local soldiers and civilians who lost their lives during the Japanese occupation of North Borneo.

The rusting remains of an excavator, a generator and a boiler lie in their original positions, near steps leading up to a small commemorative pavilion.

After the memorial park you will taken downtown through Sandakan street towards the Centre Market. This is where the people of Sandakan sell their local goods such as veggies, fish, fruit and much more.

You will then drive to Sim Sim Water Village to witness a neighborhood of still houses. Establish in 1897, but with much modernising since then, you can walk amongst the houses on stilts occupied by a variety of Sabah peoples.

Return to Sandakan airport in time for your return flight to Kota Kinabalu. 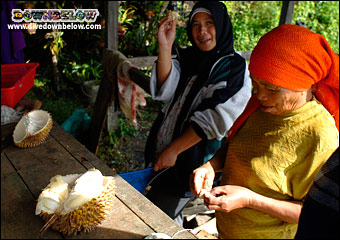 Check out some of our Wildlife Adventure Programs >>>