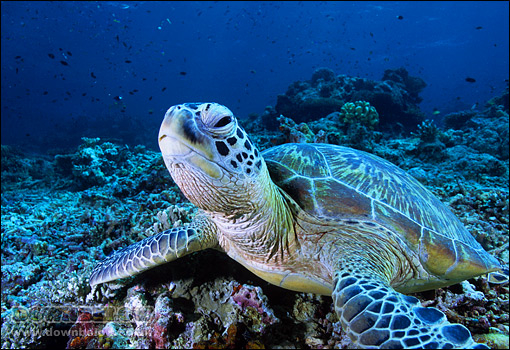 Marine turtles have roamed our oceans for 185 million years with only one natural predator – the Tiger Shark.

Amazingly they survived the mass extinction of dinosaurs but they now face and even greater threat, which we’ll look at later in this passage.

Sea Turtles breath air and have lungs which require regular visits to the surface, their bodies can hold a great deal more carbon dioxide than us and other animals.

Some have been observed submerged for up to six hours.

Generally speaking, upon reaching sexual maturity females will mate every two to four years and males every year.

Both genders will migrate from distant feeding grounds, returning to waters adjacent to beaches where they themselves hatched.

Two to four weeks later the female will come ashore at night, dig a pit with fore flippers and lay between 100 – 120 ping pong ball shaped eggs in the sand, called a clutch of eggs.

The total number of clutches she will lay varies depending on the species. The size of the clutch directly relates to the size of the females carapace and, in one mating season, she’ll carry approximately 800 fertilised eggs.

Hatching occurs approximately two months later and, working as a group, the hatchlings dig their way out of the nest.

They find protection in numbers whilst various animals lie in wait for an easy meal.

Mortality rates are high and only about 1/1000 hatchling reach adulthood.

Those that make it to the open ocean will roam the seas for 3-7 years, known as “Lost Years”.

Little is known about the early existence of a turtle’s life, but it’s thought they ride the ocean currents, feeding on small animals with flotsam for companionship until their shell length reaches 20 – 40mm.

The adolescents return to costal waters and mature, some years later they will mate and the cycle begins again.

New tagging information shows many more large turtles are out in the open ocean foraging for food than once was thought.

Some migrations are amongst the longest in the world and it’s thought turtles live for around 80 years.

Sipadan Island in the Celebes Sea is teeming with Green and Hawksbill turtles, so many that divers become blaze about seeing them.

Let’s take a look at these two species in a little more detail. 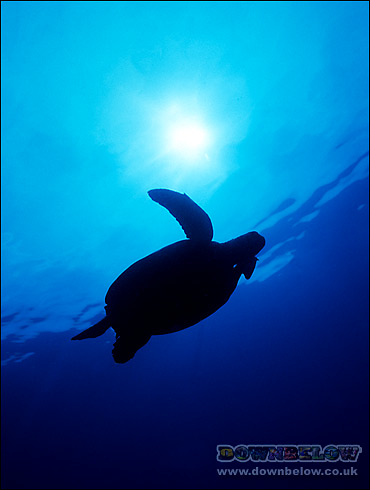 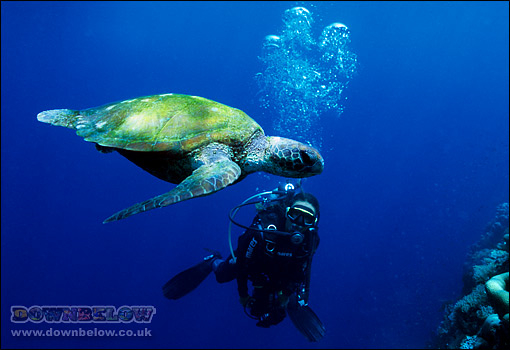 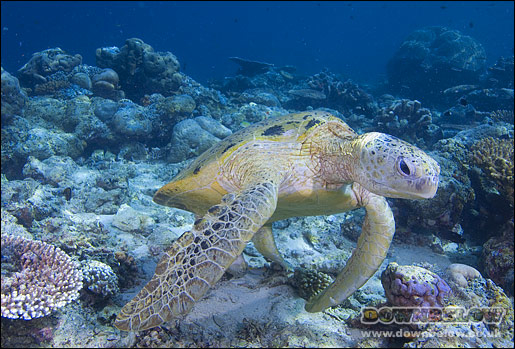 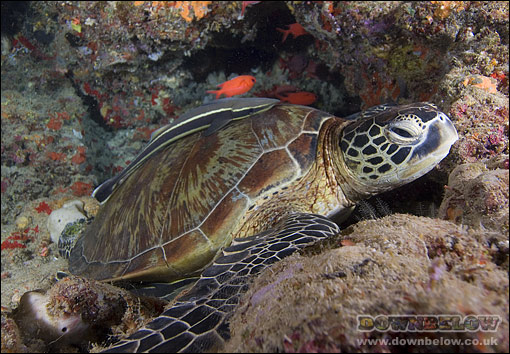 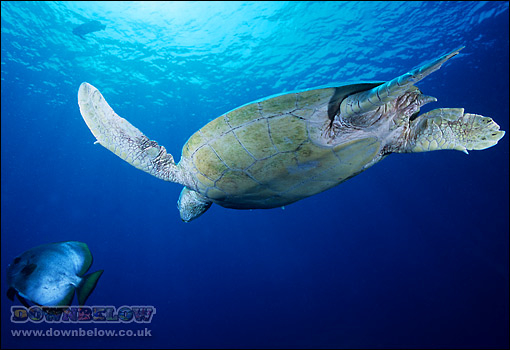 Green Turtles are found throughout the oceans of the world.

To identified and differentiated the Green Turtle, look for a set of two scales between the eyes.

Green Turtles will grow up to approximately 1m in lenght and can weight up to 180kg.

This turtle gets its name from the algae and lime it feeds on, which turns its fat tissue green.

It is difficult to distinguish between genders of younger green turtles, but with adults it’s slightly easier.

Mature males have a longer and thicker tail and develop a single mating claw on the trailing edge of the fore flipper.

Their carapace (top shell) is smooth and green & brown in colour, whilst the plastron (belly shell) is a pale yellow tan colour. 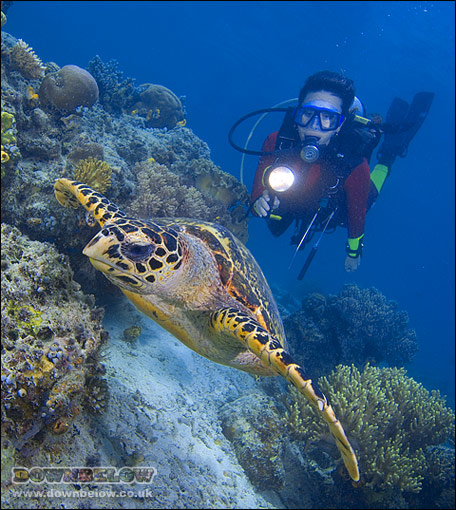 Unlike the Green Turtle, the Hawksbill has two pairs of prefrontal scales between the eyes and has two claws on each flipper.

It has a beak-like mouth, hence the name, and mature females are approx. 87cm in length and weigh around 80kg.

Hawksbill Turtles live on a diet of sponges.

This is why, in costal waters, they can be found on rocky outcrops of reef and solid substrates, as they are optimal sites for sponge growth.

Due to their smaller body size they can often cover fringing reefs where other species cannot. Their nesting season is longer than most, lasting up to six months as opposed to two months. 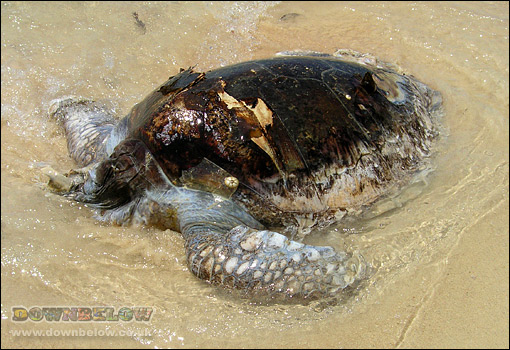 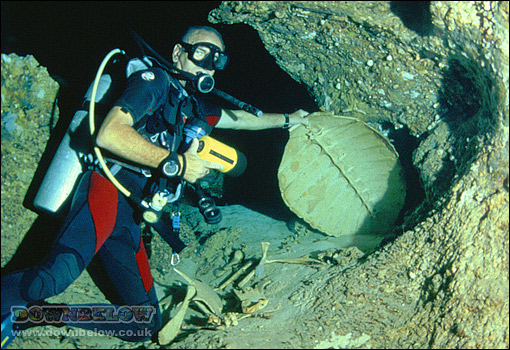 Sadly, owing to Mans harmful activities over the past 200 years turtles are now close to extinction.

Sexual maturity comes late. Most turtles will not mate until at least the age of 25 years old and some much later.

A great number are killed before they reach this age reducing their numbers to the point of critical depletion.

They face numerous threats; their meat, eggs and oil are sought after for human consumption and seen as a delicacy in parts of Asia.

Their shells, especially that of the Hawksbill, is beautiful and used to make jewellery and household ornaments.

Many become entangled in fishing nets and long line nets.

Plastic bags, for instance, which block up their digestive system and cigarette butts, which are toxic.

In recent years dead turtles have been found with grapefruit size tumors.

Although the cause of is uncertain, its thought to be most likely a result of increased chemical pollutants in our oceans.

It’s a sad state of affairs, perhaps awareness and education can help save our turtles and each of us can make a small difference.